An event in commemoration and celebration of Dr Eoin Bourke, Adjunct Professor of the Centre for Irish-German Studies, University of Limerick, and former Chair of German at NUI, Galway will take place at the University of Limerick (Common Room, Millstream Building) on 15 February 2018 from 3pm to 6pm.

If you would like to attend this event, please let the organisers Dr Giesela.holfter and Dr Christiane Schonfeld know by January 30th (email is best: gisela.holfter@ul.ie and christiane.schonfeld@mic.ul.ie). There is an option to go for dinner afterwards (at own cost). Please indicate if you are interested in that by January 30th as well.

If you have any photographs, videos, etc. of Eoin or any of his many endeavours, please let us know, send them to us and/or bring them along.

There are some speakers already in place, but there will also be an opportunity for others to share their thoughts and memories. 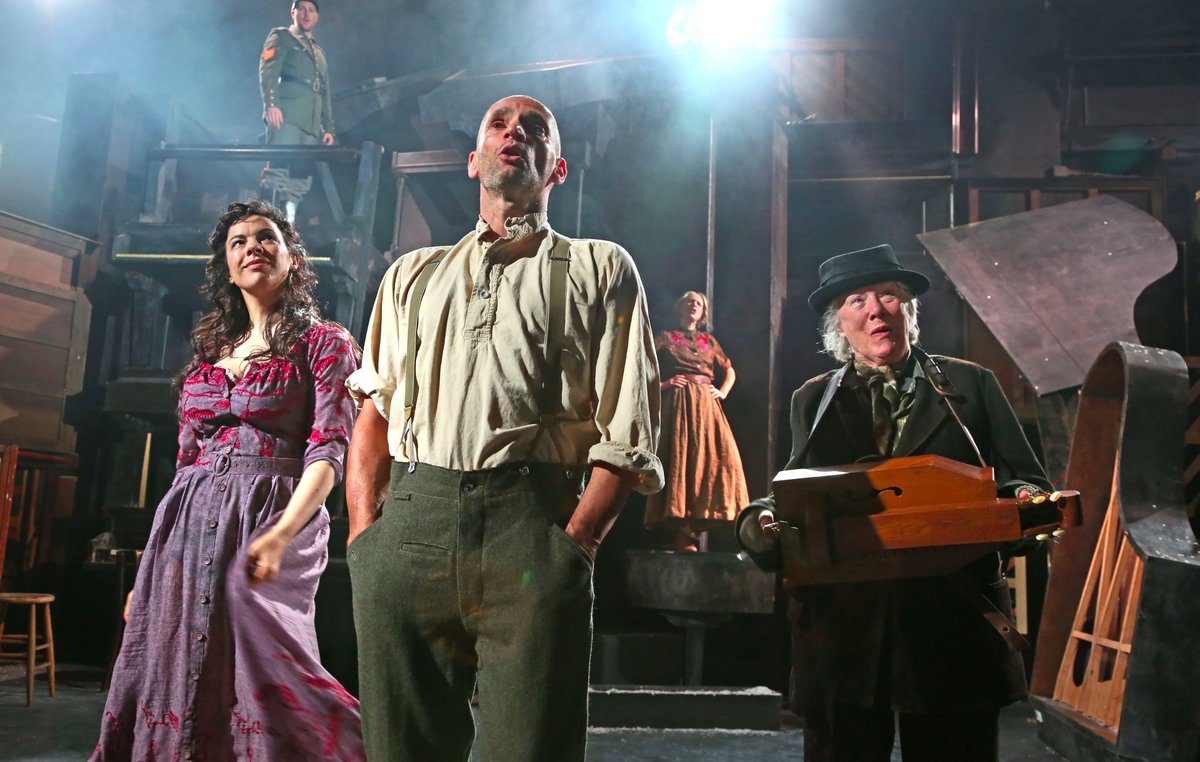 Thrillingly reimagined by Conall Morrison and a leading creative team, this visually stunning new production exploits the uncanny similarities between these two dark masterworks, drawing on Schubert’s sublime music to illuminate the inner landscape of Woyzeck’s tortured mind. With the startling story set amid a terrain of broken pianos, vivid scenes flow seamlessly into raw, passionate songs, translated into English by Stephen Clark.

Co-commissioned by the Barbican, London.

Immerse yourself in Germany’s diverse culture!

Did you know that the bicycle was invented 200 years ago in Germany? Watch short films with and about bikes, listen to fairy tales from Germany, see the comic exhibition by Irish artist Fergal McCarthy as part of the Goethe-Institut’s project “Picture Politics”.
Also, there are prizes at a German-Irish quiz to be won and information about our language classes and the activities of our programme department and library. 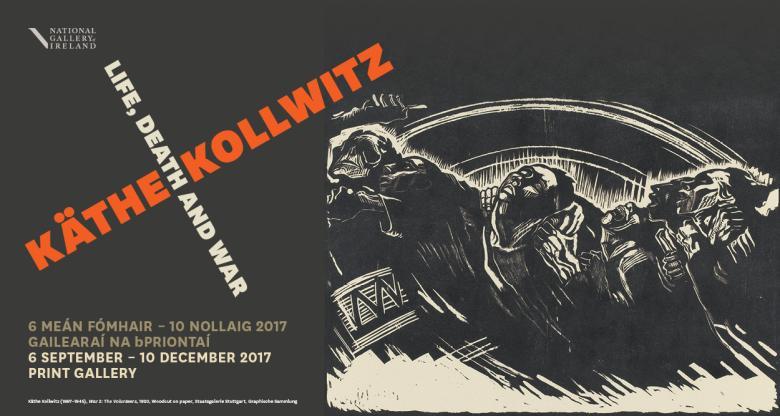 An exhibition of 40 prints and drawings by the German artist Käthe Kollwitz (1867-1945) will, for the first time, be shown in the National Gallery of Ireland. It is an opportunity for visitors to discover this important artist who created almost 300 prints, around 20 sculptures and some 1450 drawings during her long career. The works in the exhibition, specially selected by the Gallery from the superb collection at the Staatsgalerie Stuttgart, will allow visitors to reflect on the effects of war, in particular the grief left in its wake. Kollwitz’s five print cycles: Revolt of the Weavers (1893-98), Peasant War (1902-08), War (1921-22), Proletariat (1924-25), and Death(1934-37) place her among the foremost printmakers of the twentieth century. The exhibition will be accompanied by a free illustrated brochure, and a programme of talks and music.

Born in the Prussian city of Königsberg (now Kaliningrad, Russia), Käthe Kollwitz established herself in an art world dominated by men by developing an aesthetic vision centered on women and the working class.

All welcome. Come early to get a seat; doors open 12.30p.m. Bring your own headphones for enhanced sound
Admission free: Maximum number 130 persons

Dr. Alexandra von dem Knesebeck studied history of art and history at Göttingen and Munich. After her thesis on the formative years of Käthe Kollwitz she wrote the catalogue raisonne on the prints of Kollwitz. She works as a self employed person for museums like the Kollwitz Museum in Cologne (curator of the exhibition “Paris enchanted me”: Kollwitz and the French modernity, 2010). Knesebeck is one of the best known Kollwitz specialists in the world. Now she is preparing the catalogue raisonne on the drawings of Christian Schad, one of the most famous artists of the New Objectivity movement. This lecture is supported by the Goethe Institut, Dublin and will be chaired by its Director, Thomas Lier. It is part of the series Remembrance & Commemoration: The First World War.

ie Befristeten, written by Nobel Laureate Ellias Canetti  in 1964, will be performed in Galway by final year students from NUIG in March. The annual theatre project – now a German Department institution – is a very popular module for students.

The play shows a fictitious, seemingly futurist society, in which the age of every person’s death is not only predetermined but also known. In fact, everyone’s is named after the age at which they will die. This knowledge is celebrate as an achievement of civilisation. Only one person by the name of 50 questions this system does their utmost to challenge this previously undisputed truth. That’s when he – and the audience – get a big surprise…

The German-language performances are on 14th, 15th and 16th March  at 7PM on camus in the Bank of Ireland Theater. The Preview is on 13th March. Dagmar Drabent is the director.

The German Studies Association of Ireland (GSAI) is pleased to announce the detailed programme for its upcoming conference to be held on November 18th and 19th, 2016 at the Dublin City University.

Those wishing to attend should confirm their attendance by clicking on the following link as soon as possible.

You will also under the link be able to confirm your attendance at the conference dinner scheduled to take place Friday 18th November in Cedar Tree Restaurant, St. Andrew’s Street, Dublin 2.

The annual conference of the German Studies Association of Ireland will be held on 18 and 19 November, 2016 at Dublin City University.

The German Studies Association of Ireland (GSAI) is pleased to announce the detailed programme for its upcoming conference to be held on November 13th and 14th, 2015 at the National University of Ireland, Galway.

Those wishing to attend should email Jeannine Jud at j.jud1@nuigalway.ie by November 2nd 2015, particularly those interested in attending the conference dinner.

The annual conference of the German Studies Association of Ireland will be held on 13 and 14 November, 2015 at NUI Galway.

The call for papers can be found here.