The first installment of ‘Theses in Focus’ is devoted to Chloe Fagan‘s doctoral research on German writers of Albanian and Kosovar background. She is a PhD candidate based in the Department of Germanic Studies at TCD and her supervisors are Prof. Jürgen Barkhoff and Prof. (emer) Moray McGowan. She received a Bachelor’s Degree in German and English from TCD and currently works for Goethe-Institut Irland. Her broader research interests include German migration literature, cultural trauma, and contemporary Albanian and Kosovar culture and history. She has published ‘Translation and the Renegotiation of Albanian-Austrian Migrant Identity: Ilir Ferra’s “Halber Atem” as a Critique of Migrantenliteratur’ in Moving Texts, Migrating People and Minority Languages (2017) and “Albanian Literature in Translation” in ITIA Bulletin 2/2015.

After completing my Bachelor’s degree in German, I expressed my interest in pursuing a doctorate in German literature to my undergraduate thesis supervisor and I began to consider focusing on Migrantenliteratur. However, he advised me that there was a great amount of research and secondary literature being produced on Turkish-German literature, and that for a PhD it would be better to focus on another aspect of this literature. Whilst searching for ideas. I read the list of winners of the Adelbert von Chamisso Preis, a prize awarded to authors who produce texts in German though it is not their mother tongue. The prize was won in 2012 and 2013 by an author with an Albanian background: Ilir Ferra and Anila Wilms, respectively. There was little attention given to this Albanian presence in contemporary German-language literature, and this formed the beginnings of my research as I sought to fill this gap. 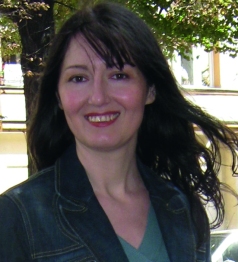 In The Turkish Turn in Contemporary German Literature (2005), Leslie A. Adelson analysed the biggest group in producing texts in the area of migration-linked writing in German literature, at that point Turkish, or hyphenated Turkish-German authors. Following on from Adelson’s work, Brigid Haines in The Eastern Turn in Contemporary German, Swiss and Austrian Literature (2008) has described an “Eastern Turn” in German language literature; that is, a new wave of migrant writing in Germany, Switzerland and Austria produced by authors from Eastern Europe and former Yugoslavia. Haines points to this being evident in the trend of the Chamisso Prize winners in recent years, with authors of Eastern European origin superseding Turkish-German authors who had previously dominated. Research on this “Eastern Turn” has failed to failed to include authors with Albanian or Kosovar background writing in German, or  texts which take Albanian and Kosovar issues and recent history as their primary focus. The primary objective of my thesis then became addressing this gap and to expand this turn into a “South-Eastern Turn”, which would include such Albanian and Kosovar migrant authors.

My doctoral work examines the image of Albania and Kosovo in contemporary German language literature, and assesses how Albania and Kosovo are represented by authors of different nationalities writing in German, and how the issues of migration, Albania’s Communist regime and its legacy, and the Kosovo War are treated in these texts.

As I learned more about Albania and Kosovo’s histories (as well as learning the Albanian language), my own interests shifted more to the issues of cultural traumas and how they are processed. Stuart Taberner in Transnationalism and German Language Literature in the 21st Century (2017) posits that the archive of transnationalism and writing by migrants coming to German-speaking countries is an archive of trauma. I wanted to highlight the memory work being done by these authors in their texts treating the issues of the Hoxha Communist dictatorship in Albania or the Kosovo War in societies where such memory work is absent in the official discourses in the two countries. These Albanian and Kosovar authors would be unable to publish their texts in their country of origin, and so in treating national traumas which are not part of the official national narrative, they then become part of a diasporic counterdiscourse. Ultimately, one of the main concerns of the “South-Eastern Turn” in German language literature is to disrupt the smooth official narrative produced by the dominant discourse in Albania and Kosovo, and to make readers aware that there are other voices, previously excluded, to complicate and problematize the understanding of this history. 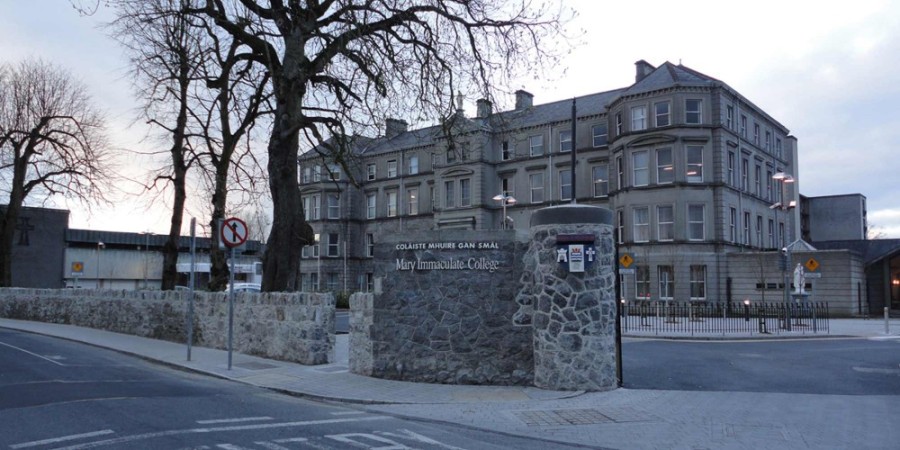 Please register for the coming GSAI conference here – if you do not have a Google account, please contact Dr Sandra Wagner: Sandra.Wagner@mic.ul.ie

You can find the provisional programme here, and directions and hotel recommendations here.

We look forward to meeting you in Limerick!

Friday 16th November will take place in the Goethe-Institut and Saturday 17th in the Humanities Institute (no. 30 on the UCD campus map).

Should you have any difficulties with the GoogleDoc, please email joseph.twist@ucd.ie with your details. 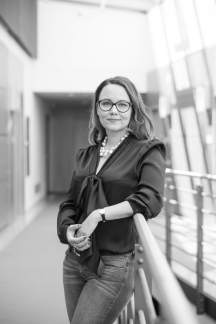 The Department of Germanic Studies, Trinity College Dublin, together with the German Embassy Dublin and the Germanic Society TCD, is delighted to host a public lecture by Michelle Müntefering, State Minister for International Cultural Policy at the Federal Foreign Office. Frau Müntefering will address the following topic:

“The Future of Europe from a German Perspective: The Relevance of Cultural and Educational Exchange”

The lecture is aimed primarily at undergraduate students, but all colleagues, postgraduate students, and other interested parties are warmly welcome to attend. It takes place on Wednesday Sept. 19th at 5pm in the Debating Chamber of the Graduate Memorial Building (GMB) on Library Square: https://www.tcd.ie/Maps/assets/pdf/tcd-main-campus.pdf

An Irishwoman, an Englishwoman and a Germanwoman walk into a bar. A hostel bar in Barcelona where a fight for Catalonian independence rages on the streets outside. Aside from disrupted festival-going plans, all they hold in common is a hangover. Trapped, the travellers rip stereotypes into confetti. Grab your passport for a buzzing trip of laughs through the past, present and future of three nations.

Part of the Dublin Fringe Festival 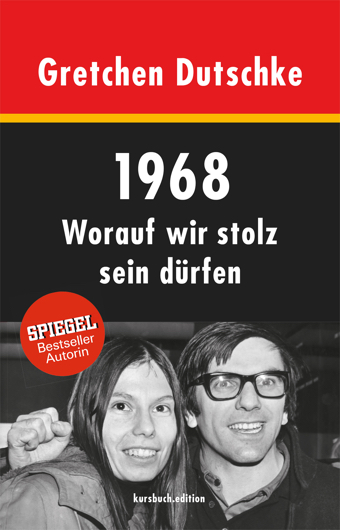 Earlier this year Gretchen Dutschke, widow of the student leader Rudi Dutschke who died in 1979 due to injuries sustained in an assassination attempt in 1968, published her own personal memoir of 1968.  The book, 1968: Worauf wir stolz sein dürfen, has been very favourably received in Germany. The author will be visiting Ireland in late May to give the keynote address at the 12th Ralahine Workshop in Utopian Studies “Realising Utopia: 1968, Then and Now” at Ormston House, Patrick Street, in Limerick, on Saturday, 26 May 2019 at 9.30 am. The full programme of the workshop is attached. For more details on this event and for registration, see: https://www.eventbrite.ie/e/12th-ralahine-centre-for-utopian-studies-workshop-realising-utopia-1968-then-now-tickets-45723615565. Participation is open to all and free. Gretchen’s visit is supported by the Goethe Institut Irland and the Centre for Irish-German Studies at the University of Limerick.

Gretchen Dutschke will also present her book, which has not yet been translated into English, at a Book Launch in the Residence of the German Ambassador to Ireland on Monday, 28 May, at 6pm. She will be introduced by Dr Joachim Fischer, School of Modern Languages & Applied Linguistics, University of Limerick.

Both events will be in English.

Reserve your place at rsvp@dubl.diplo.de before the 22nd

Neco Çelik is a Turkish-German educator, and film and theatre director, who has been referred to as the ‘Spike Lee of Kreuzberg’. He gained wide recognition following his film Urban Guerillas (2003), an award-winning documentary about the hip hop scene in his native Berlin. His career in the theatre began later, when he directed the play Schwarze Jungfrauen (2006), Feridun Zaimoglu and Günter Senkel’s most successful play to date. This production, with its innovative staging (see video), unleashed various debates about Islam in Germany and about female Muslim religiosity.

Since then Çelik has continued to work in these fields, but has also experimented with new forms; his first opera production with the Jungen Oper Stuttgart, Ludger Vollmer’s Gegen die Wand adapted from the film by Fatih Akin, was awarded the German Theatre Prize in the category of musical theatre in 2011 and in 2015 he choreographed his first piece of dance theatre Ruhm with the group Renegade at the Schauspielhaus Bochum.

In Dublin Neco Çelik will present two short films: Ganz Oben (2007), ea documentary about prominent Turkish-Germans, and Schweinemilch (2013), a comedy about the mishaps of three young Turkish guest workers as they arrive in Germany in the ’60s. Dr Joseph Twist (UCD) will provide a short introduction, and there will be a Q&A session followed by discussions over drinks.

This event is generously supported by the German Embassy, the Goethe Institut and University College Dublin. 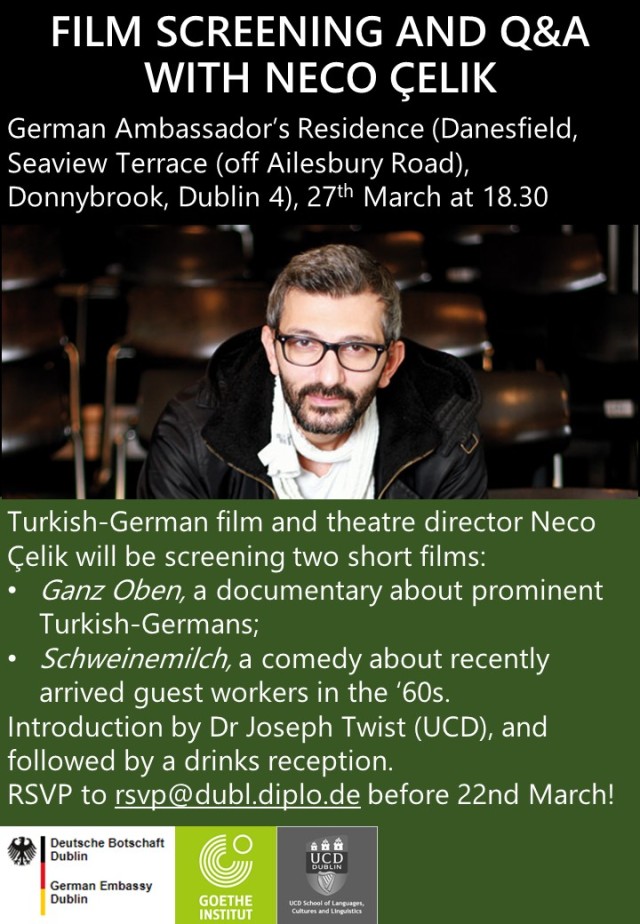 Ever wondered what makes your food so tasty? Why some things are just really sweet and others so bitter you can barely eat a tiny piece? In the hands-on workshop “Cupcake Science” we’re going to have a closer look at your lunch box, discover the science behind your favourite food and explore food chemistry: can we use food and kitchen materials to make all the colours of the rainbow? What’s the science behind fluffy cupcakes?

The Centre for Irish-German Studies invites you to our contemporary German writing series with award-winning authors from Germany, Austria and Switzerland, who will be reading and discussing their work.

Acclaimed Irish Poet Matthew Sweeney and prize winning German poet Jan Wagner (Preis der Leipziger Buchmesse 2015 and Georg-Büchner-Preis 2017) will visit UL to read from Sweeney’s newest collection of poems which was translated into German by Wagner and published as Hund und Mond (Dog and Moon). The book was chosen as ‘Buch des Monats’ (Book of the month) by the Darmstädter Jury and has been praised for its surreal approach to everyday life.

Swiss-Irish writer Gabrielle Alioth has been a great friend of the Centre over years and has been giving a number of wonderful readings. She will return again on 28th February and read and discuss her novel Die entwendete Handschrift (Basel: Lenos 2016) and other Irish-German (Swiss) writing.

The Austrian journalist and writer Anna Weidenholzer comes to UL to present her book Weshalb die Herren Seesterne tragen, which was selected for the longlist of the German Book Price in 2016. The book is about Karl, a retired teacher who sets out to question people about their life satisfaction. Soon his journey seems like an escape and the questioner inevitably becomes an object of questioning himself. The visit is organised by our Austrian Lektor Natascha Guggi and is supported by the Austrian Embassy.

The German-Ukranian-Jewish novelist and Zeit journalist Dmitrij Kapitelman will visit UL to read from his book Das Lächeln meines unsichtbaren Vaters (The smile of my invisible father), for which he received the Klaus-Michael-Kuehne-Preis of the Harbour Front Literaturfestival in 2016. The book is about his and his father’s search for identity, which leads both of them to Israel. Kapitelman’s stay in Ireland is organised by the Centre and supported by the DAAD writer-in-residence programme (which will bring Dmitrij Kapitelman also to UCD, UCC and NUI Galway).

We gratefully acknowledge the support of the readings by the AHSS Teaching Fund, Dr Beate Schuler, the Austrian Embassy and the DAAD.

All welcome! For more information, contact  Dr Giesela Holfter (Senior Lecturer in German at UL and Joint Director of the Centre for Irish-German Studies)